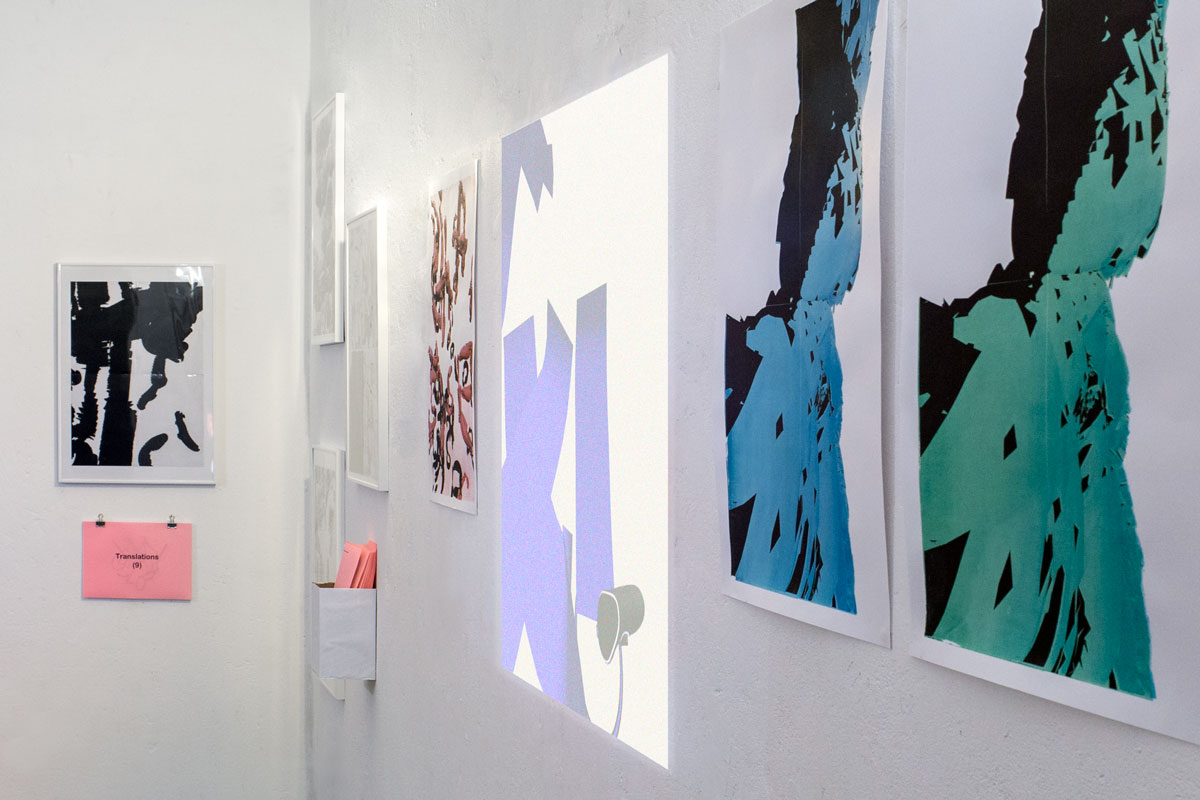 In September 2019, Posterwomxn partnered up with screenprinting workshop SDW and invited two creators via an open call to the SDW space for a month-long residency »SDW x Posterwomxn«, a space for experiment at the intersection of poster design and art. Supported by our mentors Prof. Andrea Tinnes and Nadja Abt, our residents Lisa Baumgarten and Ciara Wade each came up with their own approach to the residency theme »Poster: What matter/s?« …

… Translating the immaterial to the material, Lisa Baumgarten went through a complex process from drawing in Virtual Reality with the Tilt Brush to printing on paper, while Ciara Wade dealt with a heavenly brief from a client, traversing color formats between analog and digital prints. Continue reading for our feature-length interview and impressions from the SDW x Posterwomxn finissage on 25 October 2019 at the workshop in Kreuzberg.

How did each of you approach the topic of »Poster: What matter/s—a question of materiality and content«?

[Lisa Baumgarten] At the time of the Open Call, I was reading a text about quantum physics by feminist physicist and philosopher Karen Barad, which is titled »On Touching—The Inhuman That Therefore I Am«. She explains that the tiniest particles we consist of never really touch. What we feel as touching is the »electromagnetic repulsion between the electrons of the atoms that make up your fingers«. Even if I touch you, we don’t really touch! It’s a very intriguing text and it made a lot of sense to take quotes from it for my work. Those thoughts were the starting point for playing with the question »What matter/s?«. When I draw in Virtual Reality, I am in an immaterial space, however I am using the materiality of my body.

[Ciara Wade] My style relies heavily on taking handcrafted elements into a digital format and I wanted to see how screenprinting would alter the final outcome for me. I decided to open up a client’s old brief, which asked for »a gig poster for the most heavenly band on earth«. I equated earth with handcraft, as it’s something real and tangible, and heaven with the digital realm, as it’s something we can’t truly touch. I walked around Berlin and visited a lot of churches, taking photographs of different shapes and shadows. I then outlined the shapes and printed them, creating a collection of shapes I could collage with. After screenprinting, it came to scanning the colors and converting them into RGB, tweaking them, turning the exposure contrast up for example. Some of those collages were then printed digitally.

In what way did your original concept or vision transform during the residency?

[LB] I knew that I wanted to translate VR drawings into screenprints, however I didn’t know what it would look like in the end. I had to just go and see what happens. During the mentoring session, Prof. Andrea Tinnes noted: »You just created a tool to invent a new visual language«. Since I was so focused on the technical process, that reflection was an aha!-moment for me—I looked at my work in a different way after her comment.

»When printing, every action instantly materializes in the physical outcome, the print. It was about experiencing again, that what I do has an irreversible effect.«

[CW] I thought the outcome would be posters, but I underestimated how screenprinting slows down your work process—in a good way. It meant that, when I was waiting for the screen to dry, I was playing with things more—that’s when I started taking photographs! It also meant that these prints, which I thought would be tests leading up to something finished, were gonna have to take center stage. It ended up being a good thing!

Which were unexpected surprises?

[LB] In Virtual Reality you can walk around the drawing to get different perspectives, whereas on paper you only have one. To chose interesting perspectives for printing I had to run my drawings through a 3D program to render out different angles and see what I like: how can I set the light, what is an interesting detail? During this process I lost the original textures … The thing that came out was just a white sausage! It was quite boring visually. I thought: If I’m deconstructing it, what happens if I reconstruct it again and reapply the texture? And then the crazy stuff started to happen!

»I underestimated how screenprinting slows down your work process—in a good way.«

[CW] The first time I exposed my screen it wasn’t perfect, there were some big blotchy bits and big paint streaks. In the photograph of the band, their faces were missing. It was an effect that I had no control over and didn’t plan for, but it ended up looking cool! The very first photograph that I had taken I printed with gold ink, which you can’t make digitally. Putting that into photoshop and inverting it, it made it look like 3D!

Can analogue tools help us to improve the way we work with digital technologies?

[CW] The value you can get from starting off with a sketchbook is a good thing. So much what I’m seeing all the time in design is purely digital, it’s just an aesthetic taste. I love seeing textures, something that I know at some point was hand-made, has a human touch to it.

[LB] For me it’s also about reconnecting to the physical reality of my practice. Designing on the computer has no immediate material effect, you cannot really feel it, it’s all visual, immaterial. When printing, the way I move my body, put pressure on the screen, apply the color … every action instantly materializes in the physical outcome, the print. It was about experiencing again, that what I do has an irreversible effect. When I started to print, there was a disconnection between my physical actions and a feeling for its impact. Through the repetition of screenprinting, I felt like I slowly gained back that lost sense.

Lisa, you reflected critically about the technological tools that you used, such as the VR Tilt Brush, because of their limited accessibility. What needs to change?

[LB] As of now, the majority of developers designing tools like the ones I used for this residency, are men who develop mainly for a male audience. This could be the reason why women are more likely to get motion sickness using VR devices. Fortunately, things are starting to change, but it is necessary that more women go into developing technologies like this. Another is, that Tilt Brush is developed by Google which brings a whole other set of restrictions.

What advice would you give future participants of the SDW x Posterwomxn residency?

[CW] Don’t hesitate to reach out to either of us! I definitely didn’t do enough prepping, four weeks isn’t very long! Setting yourself up with material from day one is definitely a good thing.

[LB] Ciara and I could’ve communicated and learned from each other a little more. My advice would be: Get in touch not only with your fellow residents but also with the workshop team! Tapping their knowledge about screenprinting was always super helpful ·

Many thanks to Posterwomxn collaborator Kasia Marszewski, to the entire team at SDW, to our mentors Andrea Tinnes and Nadja Abt, to our residents Ciara Wade and Lisa Baumgarten, to Julian for the projector, and to everybody who came to celebrate. 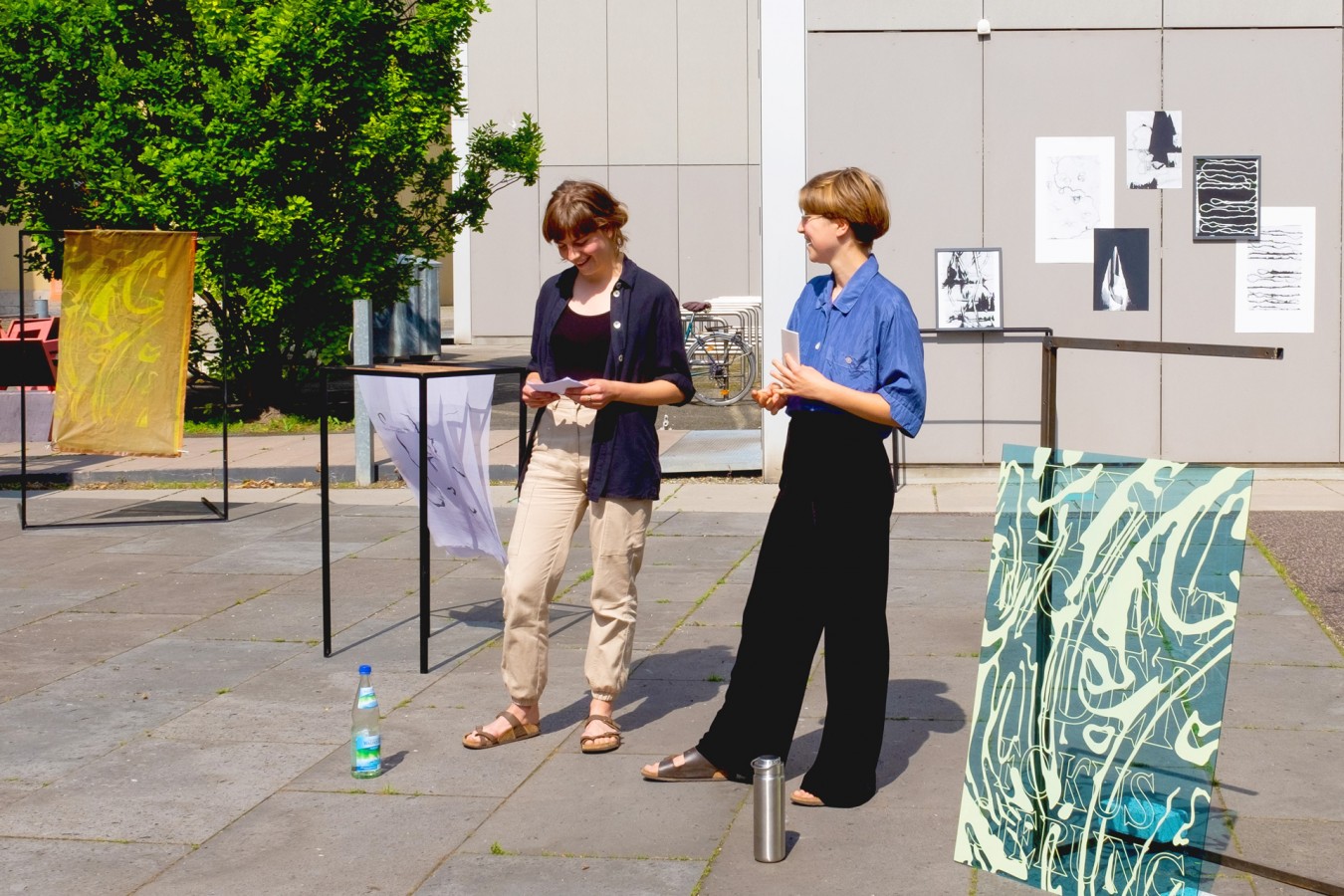 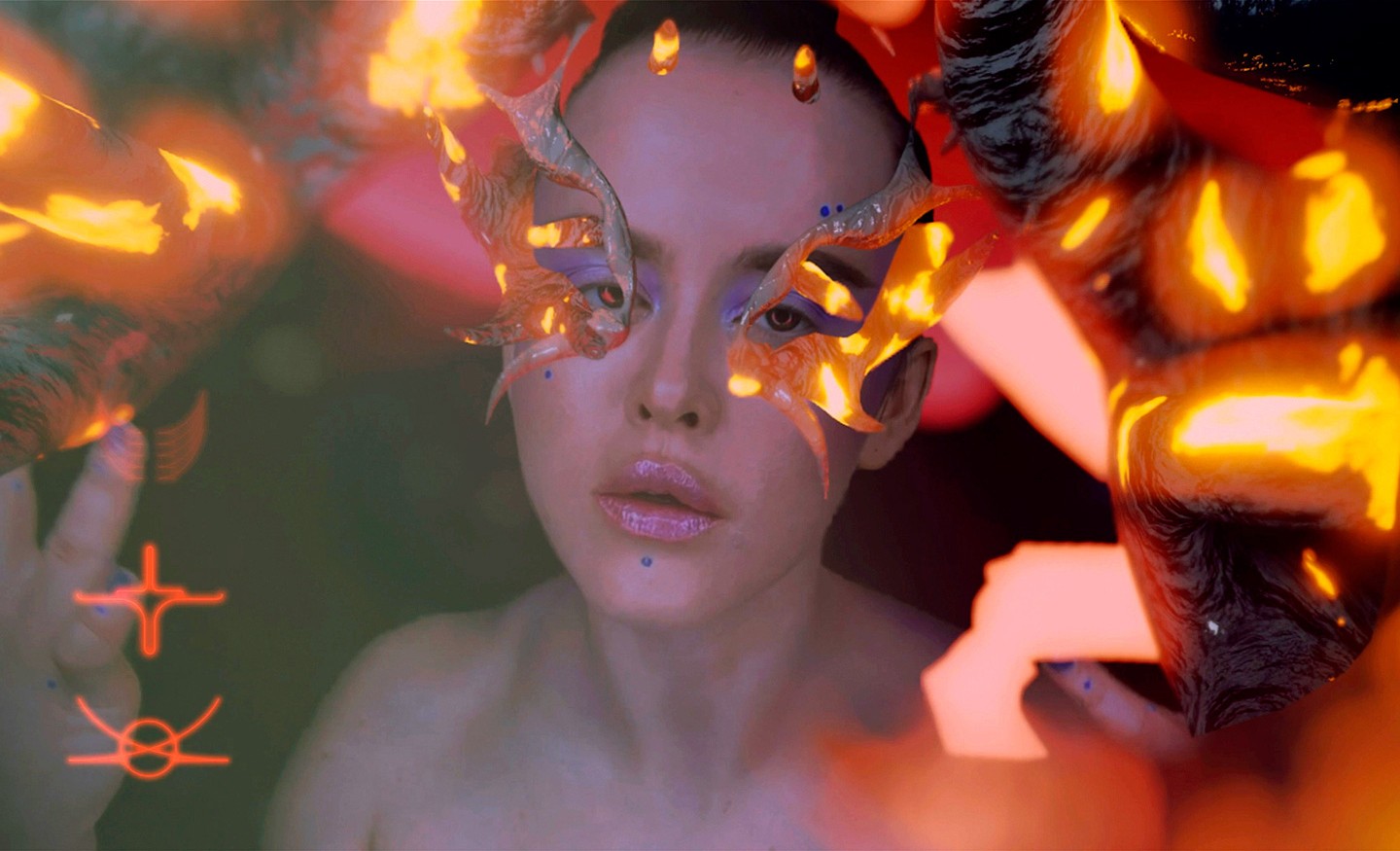 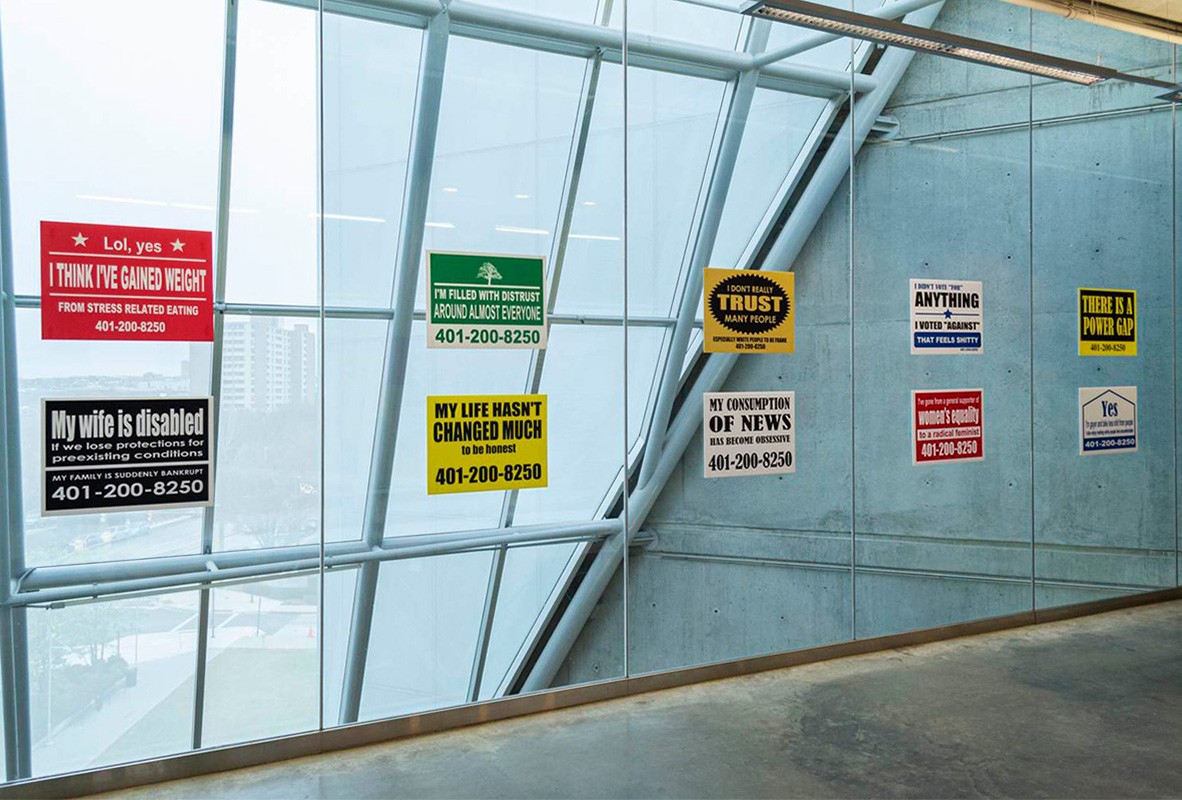 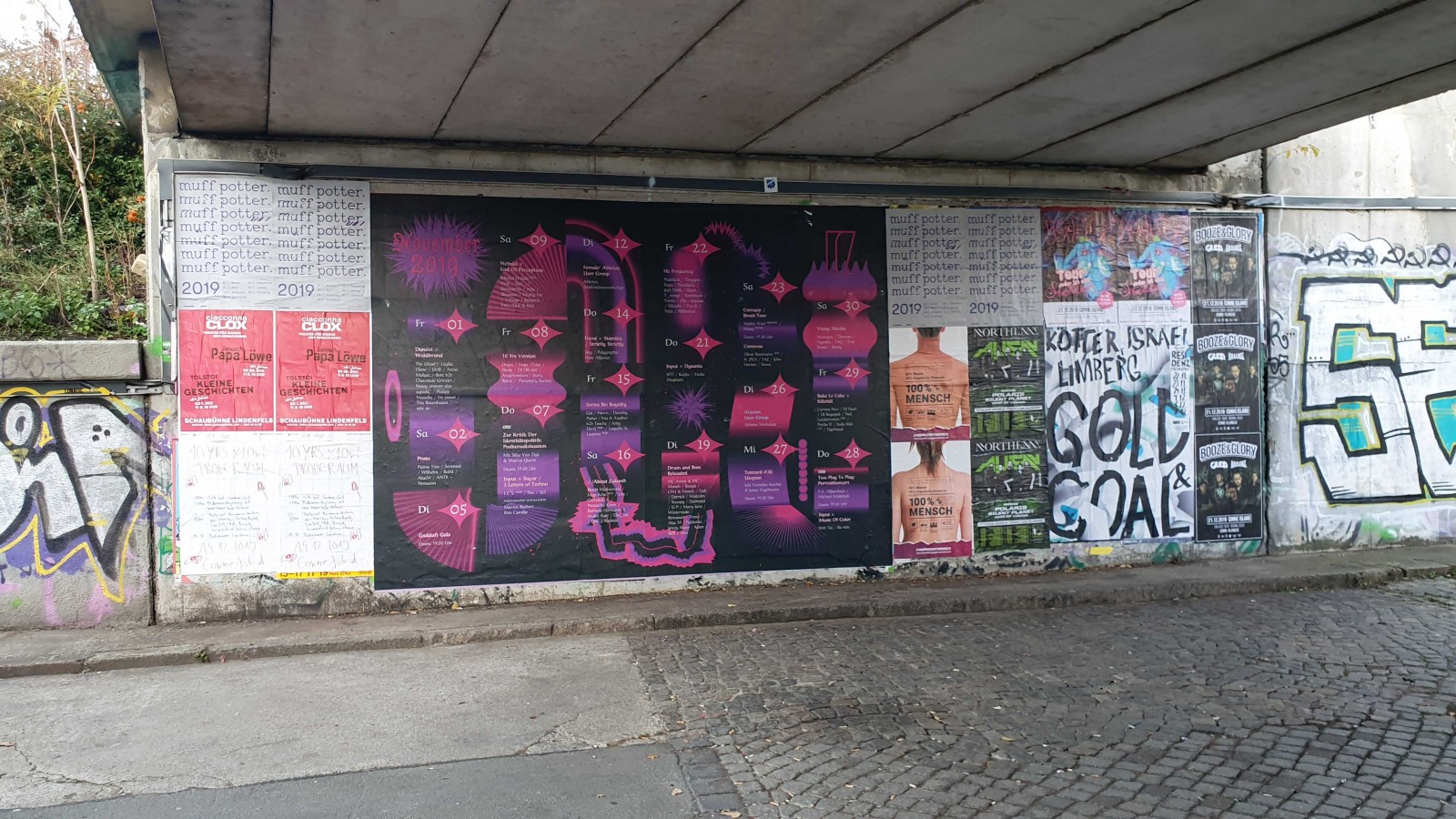 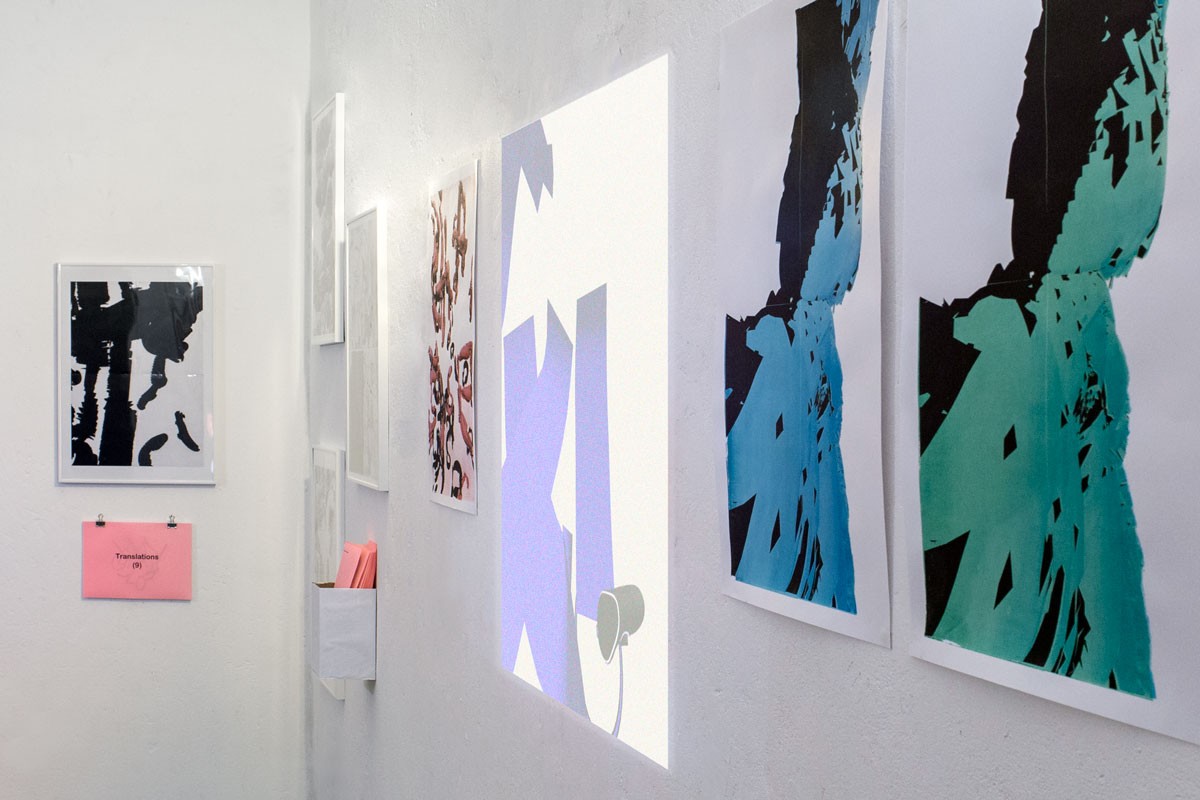 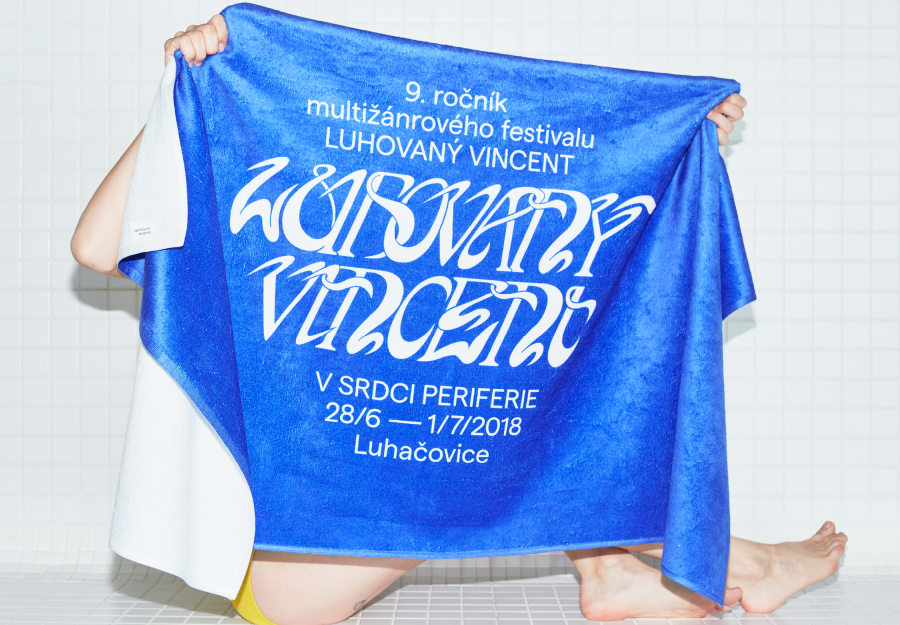 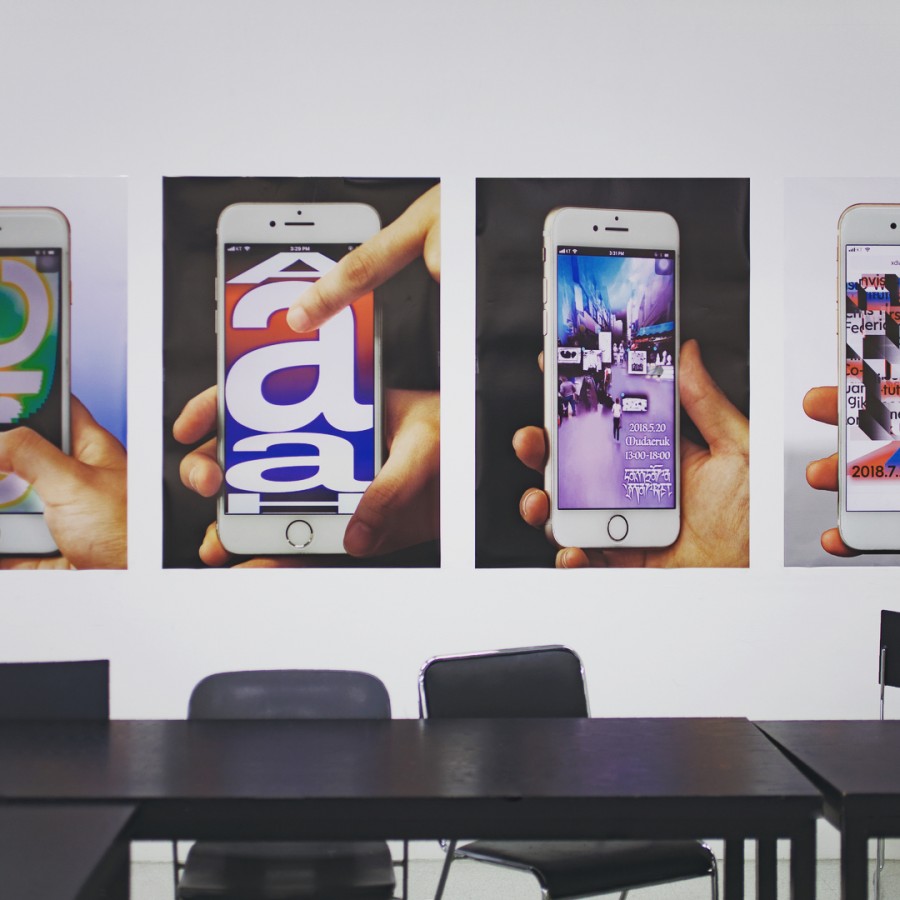 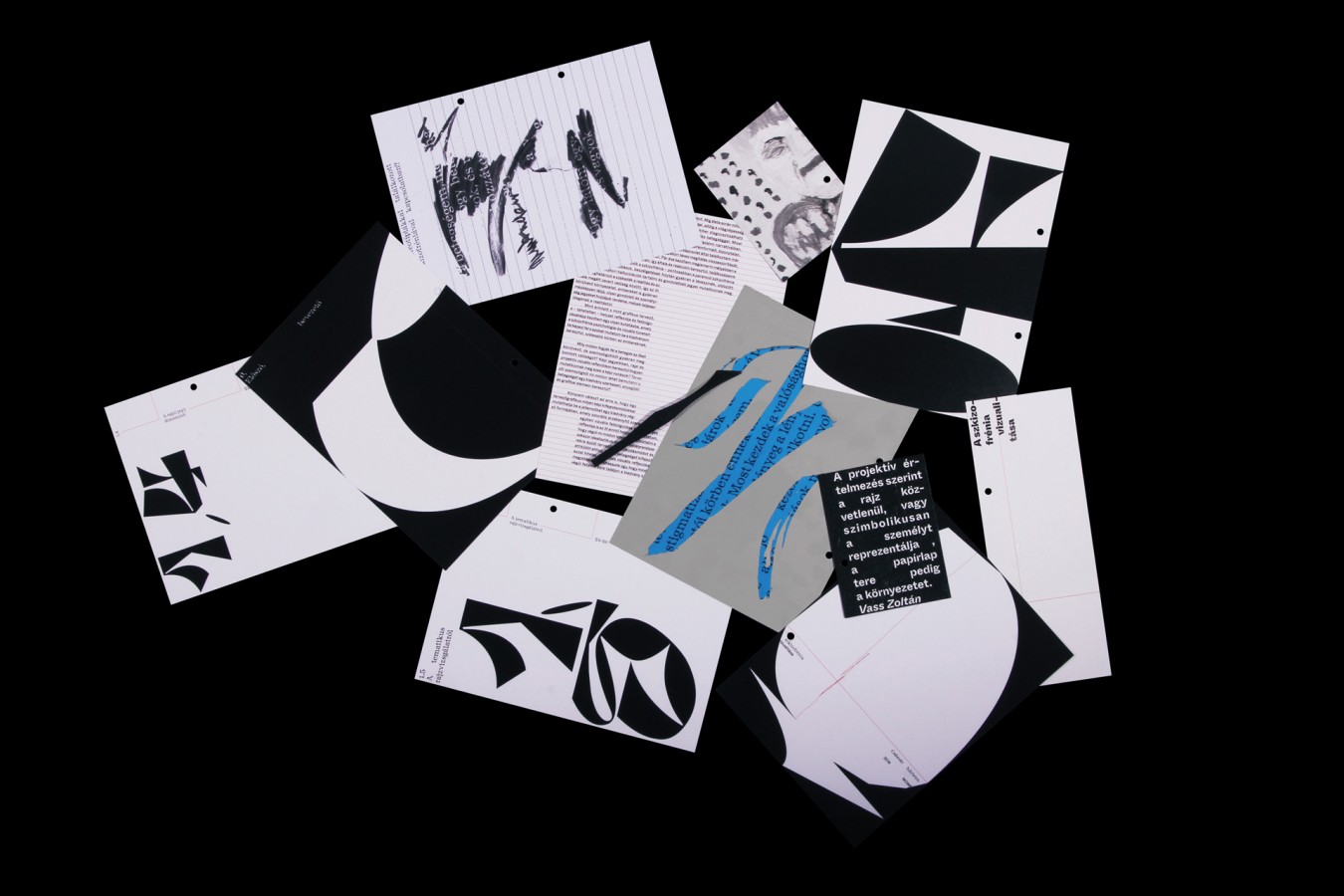 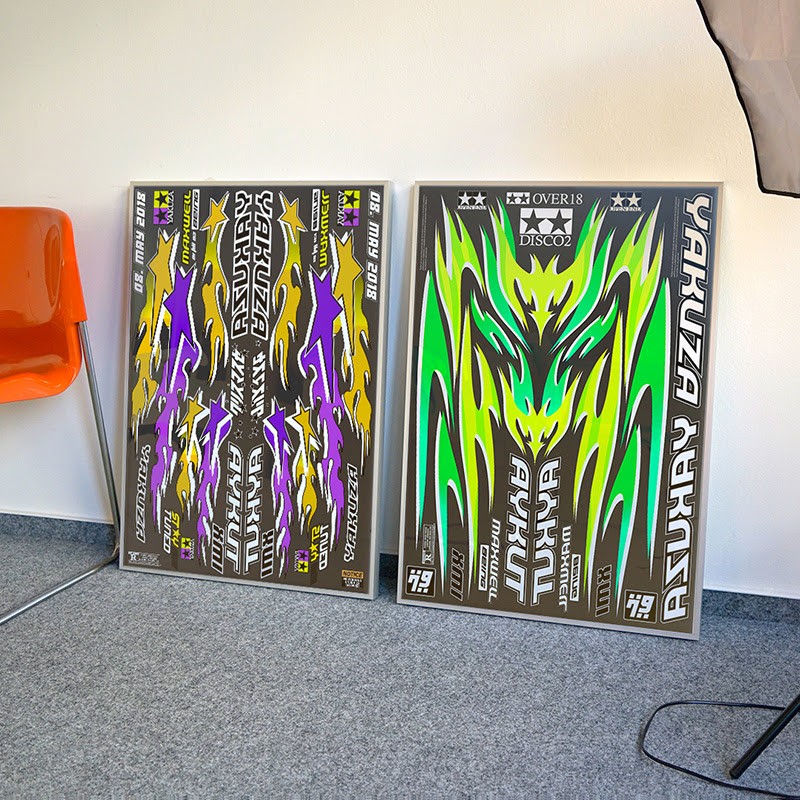 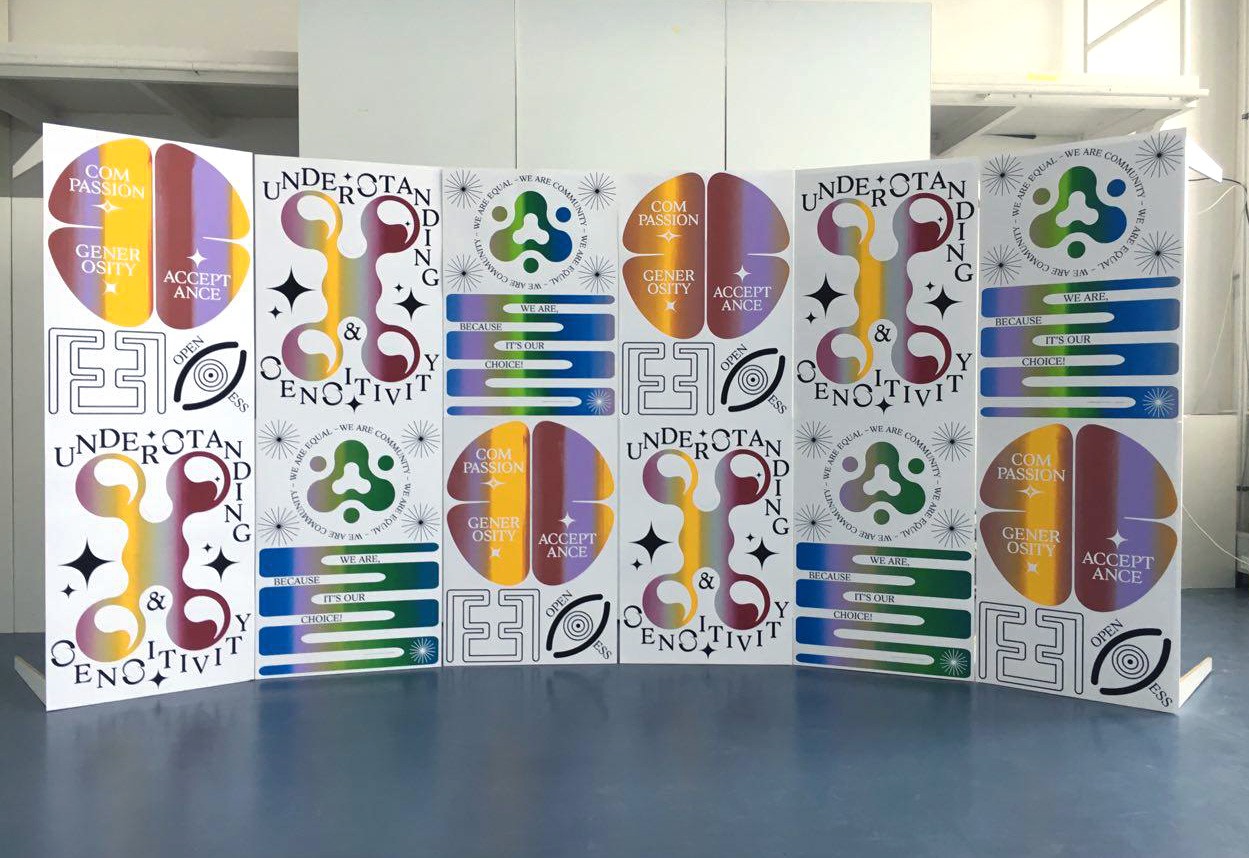